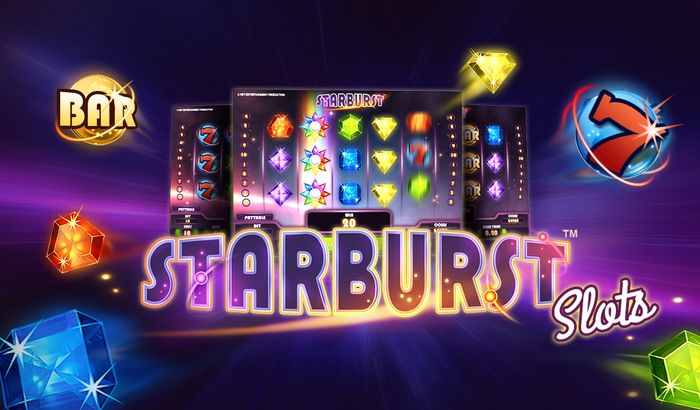 You’ve come to the right place if you’re looking for Starburst free spins. Here is a great way to try out the many slot games available online – play them for free here at Casinobonusspins.com! Understand the game’s rules before playing for money. There is no need to register! Play free for as often and as long as you want. Work out your strategy. When, or if, you want to play for real money then check out one of the great offers we’ve sourced. You will find these right next to the game you’re playing.

The coin payout values are based on bet level 1. Only the highest win per active bet line from both ways is paid. Bet line wins pay when in succession from both the leftmost to right and the rightmost to left.

Starburst WILDS – the STAR symbol – substitute for all symbols. They appear on reels 2, 3 and 4. Expand over the reel and trigger more Starburst free spins. The maximum number of re-spins is 3.

Starburst slots has a rather interesting Skill Stop feature. As the name suggests, this allows the play to manually stop the reels. Why anyone would want to do that we’re not sure – it’s not as if the reels spin slowly enough to see what’s on them!

Featuring 10 pay lines, Starburst slots can payout up to a maximum of 50,000 coins. The amount you win depends on your wager. Starting bets are as small as 0.10 while the maximum bet is 100.00 per spin of the reel. So, if you’re feeling really lucky, why not have a large bet once in a while?

You can see the slot has a feature called Win Both Ways. This means exactly as it says – whether the symbols land leftmost to right, or rightmost to left – you win!