Now that the provincial election is over, the Cullen commission has resumed its British Colombia anti-money laundering hearing.

This Monday, Steve Beeksma testified. Steve Beeksma is an anti-money laundering specialist, currently working for the British Columbia Lottery Corporation. His previous job was surveillance manager at the Great Canadian Gaming Corporation. It was there that he came across suspicious dealings.

According to Beeksma, the casino staff would regularly accept hundreds of thousands of dollars in 20 dollar bills and exchange them for casino chips without question. In one incident at the River Rock Casino Resort, a gambler received a phone call, after which he proceeded to a parking lot to pick up a shopping bag containing no less than $645,000. He was able to exchange the full sum for casino chips.

Beeksma stated that huge cash buy-in regularly happened, though this would definitely be on the high end. Even though Beeksma wrote a report on the incident, the BCLC did not investigate or take immediate action to prevent this type of transactions. The man was able to continue frequenting casinos and depositing large cash sums. 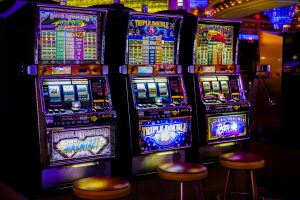 This is partly due to his instructions. Beeksma stated that he understood that it was not his role to intervene. As a rule, investigators were not supposed to talk to customers. This had been conveyed to him clearly during a meeting with his supervisor.

The commission will also hear from other BCLC employees this week, as well as the former officer in charge of the Richmond RCMP.

The Cullen Commission is a large-scale investigation into casino money laundering in British Colombia. The investigation centres on River Rock Casino Resort in Richmond, where rumors have it that large quantities of cash have been laundered by the same loan sharks that profit from high roller gamblers. It is particularly popular with Asian players, due to its themed games and high stake limits.

Many sectors are said to be involved in the scandal, including real estate, gaming, financial institutions, and more.

As the story unfolds, we will continue to have full coverage here at casinobonusspins.com