You’ve come to the right place if you’re looking for Centurion Megaways free spins. Here is a great way to try out the many slot games available online – play them for free here at Casinobonusspins.com! Understand the game’s rules before playing for money. There is no need to register! Play free for as often and as long as you want. Work out your strategy. When, or if, you want to play for real money then check out one of the great offers we’ve sourced. You will find these right next to the game you’re playing.

This isn’t your typical pay table! One symbol, the Centurion, is by far and away from the highest paying. Landing 6 of these rewards the player with an incredible 50.00. 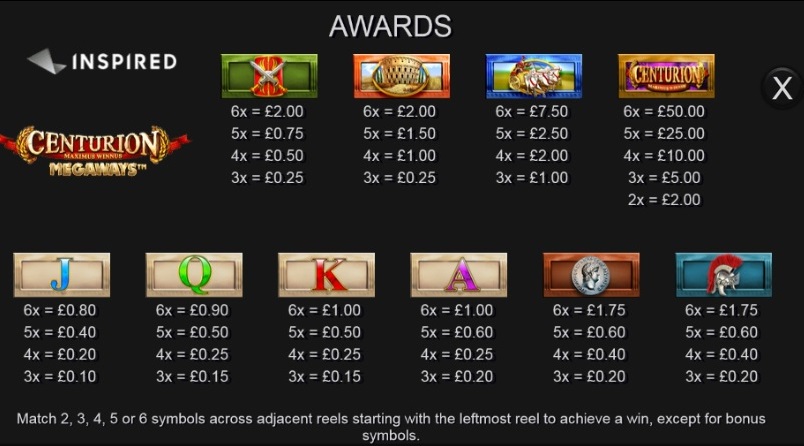 All wins pay left to right across adjacent reels, starting with the leftmost reel, as is typical with slots. The award is multiplied by the number of symbols that occur per reel in the winning combination. The extra reel adds an extra symbol to reels 2, 3, 4 and 5. Payouts are multiplied by the base stake. 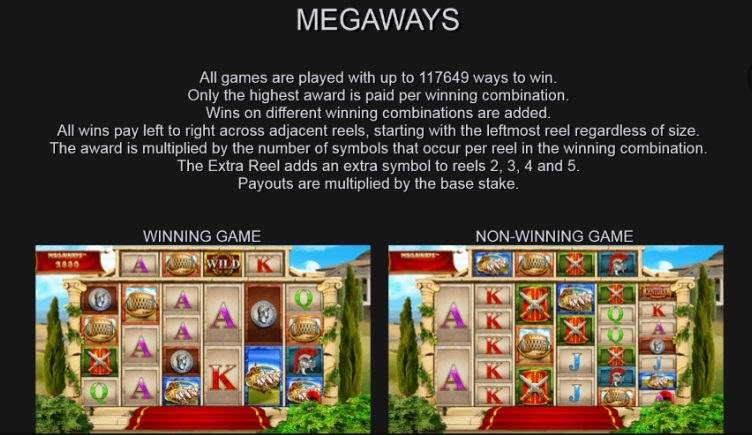 The Wild symbol substitutes for all symbols except the Bonus. 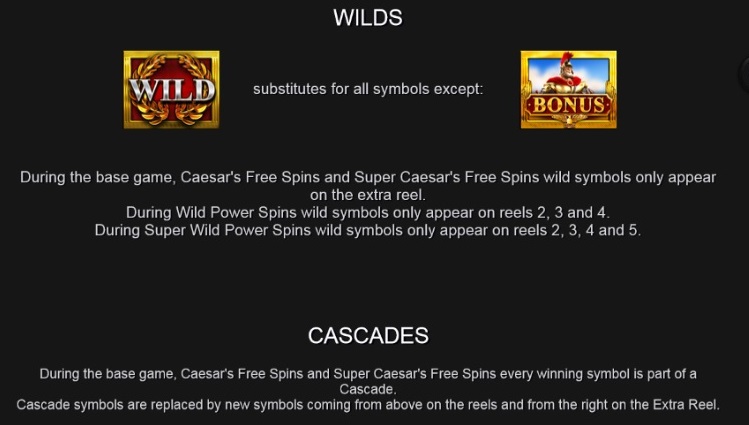 Centurion features Reel Modifiers.
At random, during any base game spin, the centurion can appear and award one of the following reel modifiers:
Super Bonus Reels – additional bonus symbols onto the reels which increase the player’s chance of entering the bonus.
Big Win – guarantees a win of at least x20 bet.
Minimum Ways – the minimum number of ways for the next spin
Maximum Ways – maximum possible number of ways for the next spin
Mystery Symbol – this is replaced randomly by one of the 10 regular symbols. 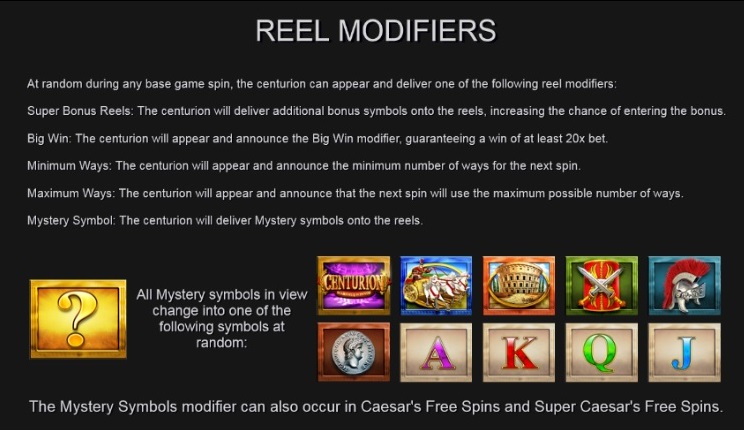 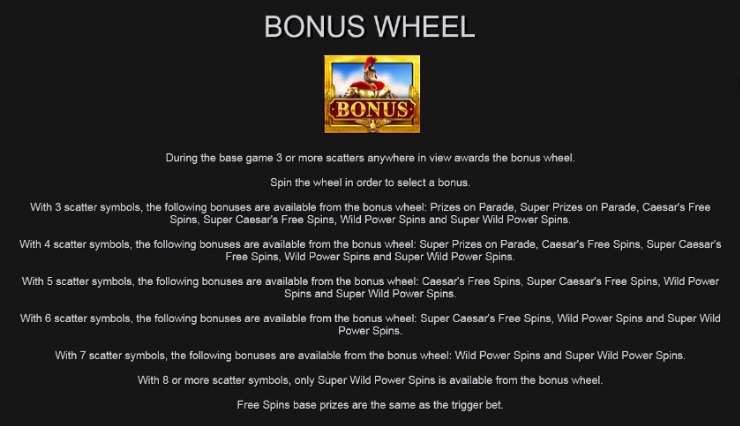 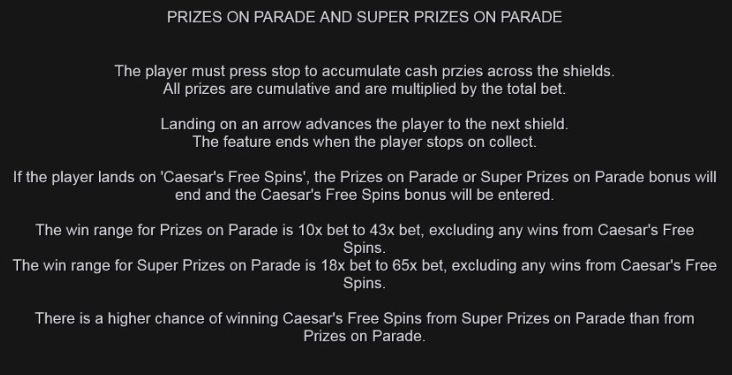 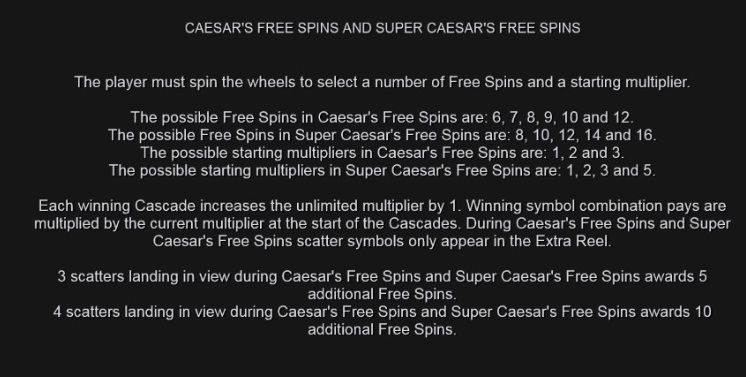 Spin chance gives you the chance to spin if you don’t have sufficient credit – the risk is you may forfeit that credit.